Supply and demand — it’s a daily reality for anyone in the logging industry. Landowners make supply decisions. Mills respond to market demands. And loggers wrestle with both as they appease landowners, timber consultants, and mills.

But it’s less frequent that the iconic supply-and-demand principle contributes to a more seismic shift in how timber is harvested. This is especially true in a region that has provided much of the lumber produced in the U.S. for centuries.

However, that’s exactly what happened last year when two logging companies in the South were approached by their respective mills about transitioning from the region’s conventional tree-length logging to cut-to-length logging in order to meet the mills’ growing demand.

It was a gutsy request in a region that has traditionally been known for using knuckleboom loaders, delimbers, and even bucksaws to cut logs to random lengths. But the mills saw an opportunity and the owners of Smith Logging Company and Oakland Wood Products embraced it — shaking up the Southern logging industry and clearing a path to profits.

Clark Snipes smiles when he thinks about the reaction to the cut-to-length logging methods he’s bringing to Americus, Georgia.

“People are talking about us and want to come see [our processor],” he says. “We got people coming into the woods to see what it is like.”

When surveying the 159 acres of pine that Snipes and his team are clear-cutting in Stewart County, it’s evident that the company has caught the processing bug. 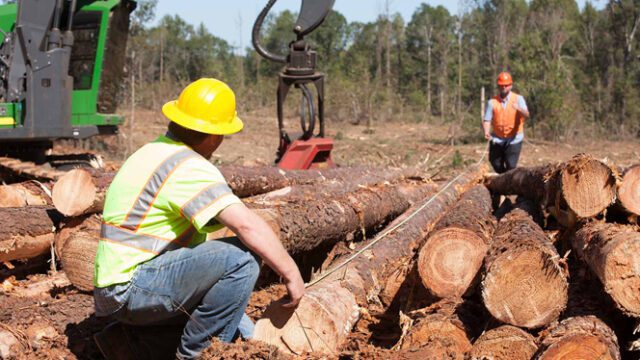 A brand-new John Deere 2154G Swing Machine with a 622B Waratah processor head is making quick work of the sweet-smelling pines on the 15,000-acre tract. Though the operator, Chris Hardened, has only been using the machine for a little while, he’s already able to operate the machine with the efficiency of a seasoned pro.

Started just four years ago by Snipes and his partner, Jess Alexander, Oakland Wood Products has become a trendsetter in Georgia logging.

“The cut-to-length process is new to our area. People around here ask to come out to see our new processor, and they’re blown away by it and what it’s done for our production numbers. We’re very proud owners,” Alexander says.

When their mill approached them about using processing heads, Snipes took the request as a challenge.

“There are two ways you can look at it. You can say, ‘No, I’m not going to do it,’ or you can say, ‘Let’s be the first to do it and jump on it’.” The investment has been worth the risk. “Our production numbers were running around 55 loads a week, and since we’ve added this machine we now run 70 to 75 loads, sometimes 80 loads per week,” Snipes says. “That’s purely based on adding the processor; no other equipment changes.”

Snipes attributes that rapid increase in production to the equipment, as well as the support they’ve received from their dealer, Flint Equipment.

When they purchased the new equipment, they also got the service package and the TimberRite measuring system that tracks how many logs have been cut and to what length.

“When our operator got on the processor, it took about a month to a month and a half to get into the swing of things, which I think is a pretty short learning curve for a machine with that many buttons,” Snipes says with a smile. “He’s done really well. It’s not a hard machine to run.”

For Smith Logging Company, based in Grays, South Carolina, the risk-reward ratio has been similar.

While owner Sherwood Smith has been in the logging industry for more than 35 years, he was not averse to ditching the more traditional tree-length logging for a cut-to-length approach. He has made big changes in his life before — he was an over-the-road trucker before making the switch to logging. 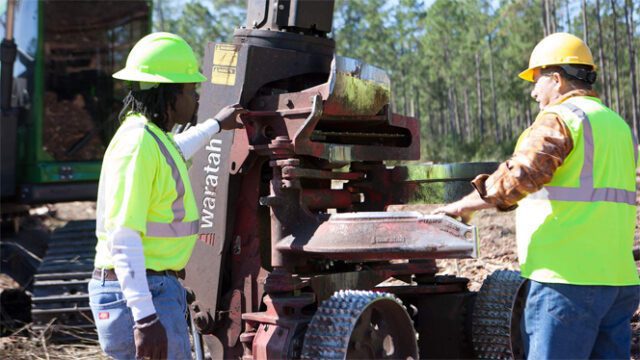 “These days, everything is so competitive that you got to get everything you can out of every piece of wood,” Smith says. “There are not many processors in this area. I never even thought about a processor until the mill started talking to me about it. I think it is going to be a win-win situation for us both.”

Smith runs a crew of seven, including his son, Warren. Together they’re clearing 57 acres of pine in Hardeeville, South Carolina, the heart of “Lowcountry.” While Smith used to run his operation with a delimber, he recently added a new 2154G with a 622B Waratah processor head. While the change has been an adjustment, it has been worth it.

When you try to put every piece of wood through a delimber, it slows you down. The processor is a lot faster and it’s made things a lot simpler.”

Smith Logging operator Malachi Sanders III agrees. “The John Deere machine is roomy, it’s comfortable, it’s a smooth-running machine, and it’s very smart. What I like most about the Waratah 622B head is whatever I ask it to do, it comes through for me.”

While Smith is nearing retirement — he’s got four grandkids and fishing to look forward to — logging still keeps him coming back every day, for now.

“Every day is something different. That is what makes the logging business interesting.” Smith Logging Company and Oakland Wood Products are serviced by Flint Equipment Company, Albany and Savannah, Georgia.